I was working in my studio this morning with my daughter Emily Murray called and said “Dad, where you at?”. “Studio.” “Mind if I come up and work on my web site?” “Sure.” 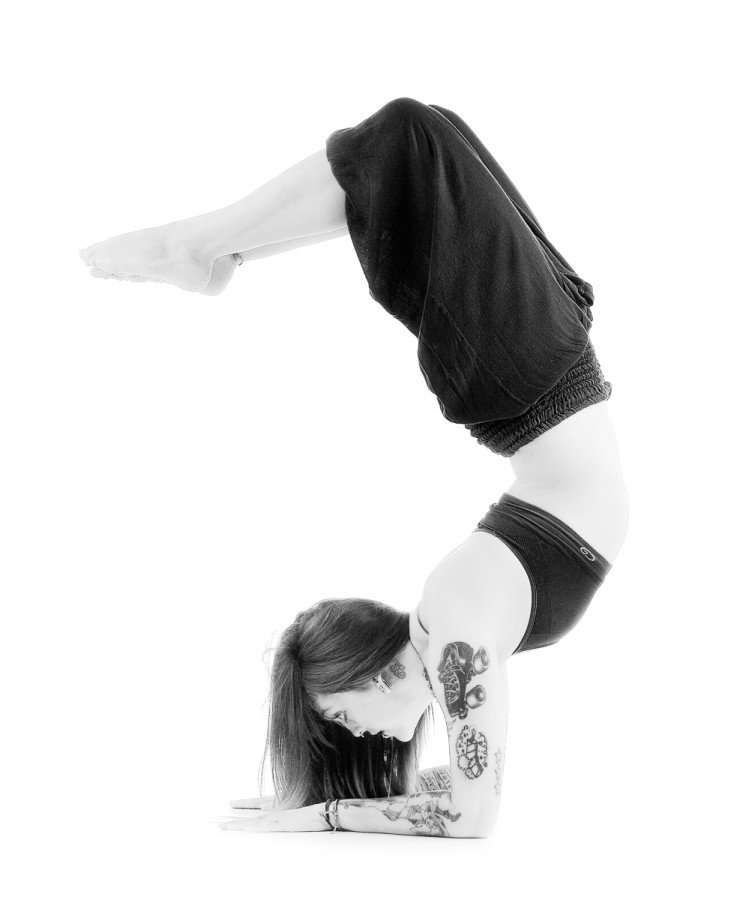 When she got her she told me about her plans for the web site, her new job as a graphic designer for the Gazette in OKC, and about some ideas she had for some yoga photos. I told her I had the lights all set up from a photo shoot I did earlier in the week and we could knock these out right quick. She was excited and ran home, got her yoga gear while I tweaked the lights a bit, then we started work. She showed me some samples of pics she liked – soft, low contrast, showing the “fen-shu” or whatever she called it about yoga. So I knew I wanted nice smooth lighting with low contrast yet enough shape to show of her body. This was a different style than I often shoot.

To accomplish this I mounted the largest softboxes I had, removing the egg-crate grids which I often shoot with. This allowed the light to spill around inside the studio and lowered the contrast of the photo. I shot about 1/2 stop overexposed to get the look I wanted. I don’t now HOW she does some of these poses! 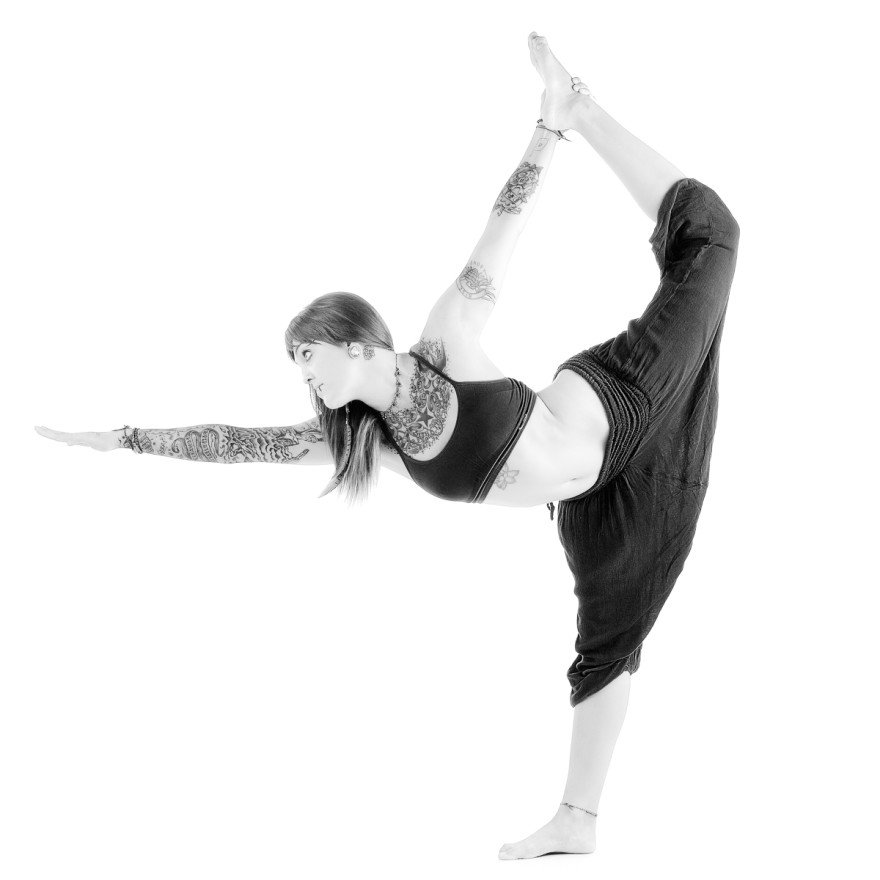 Later I brought the photos into photoshop and performed a new post processing step I had been thinking about for some time. I wanted this soft, high key low contrast look, and had searched all over the internet trying to figure out how to create this look. I never could find anything so I had been mulling this post processing dilemma around in my head for a few weeks. I sat down at my Mac and started playing, knowing what I was looking for and experimenting with getting there. I ended up with 500 MB files with about 25 layers but finally got to where I wanted – a soft, high key look with enough detail to make out the positions and such. I am very happy with the look and after spending about an hour on the first pic, the next few only took about 15 minutes each. 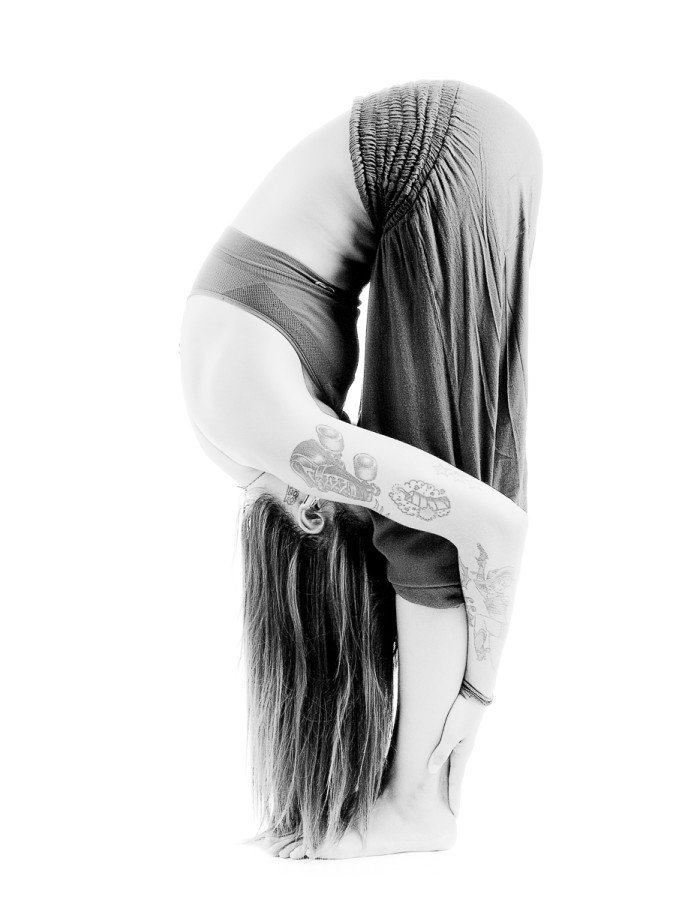 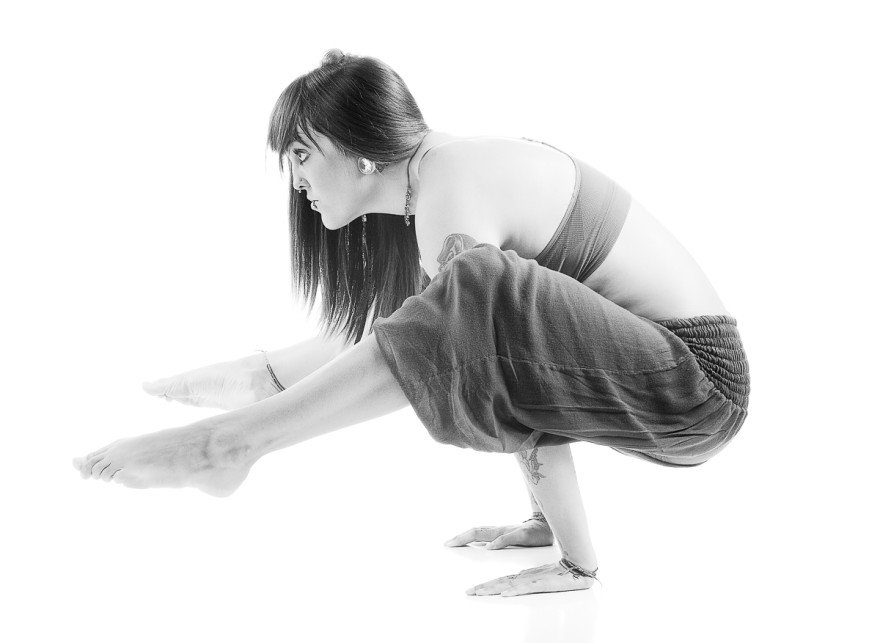 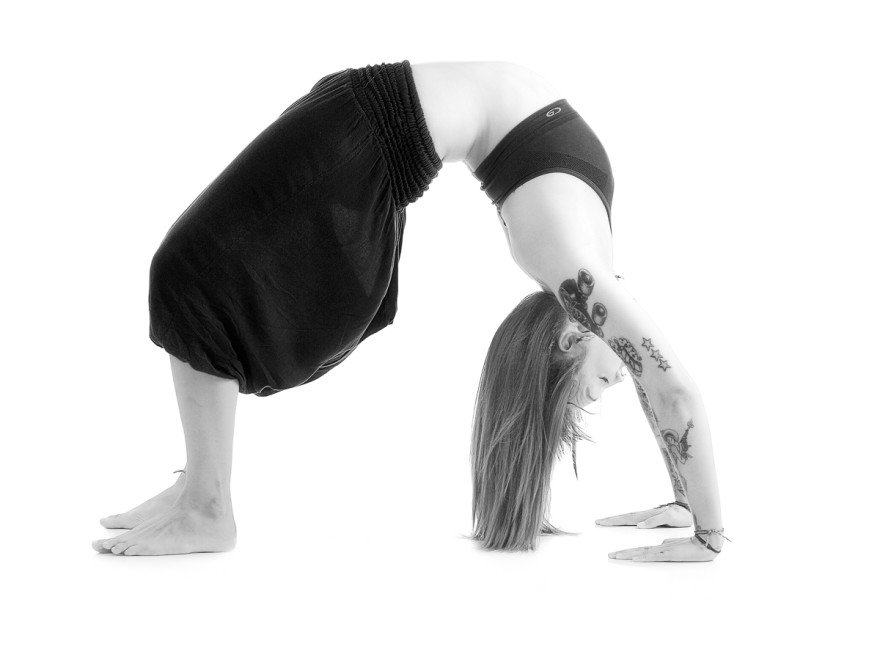 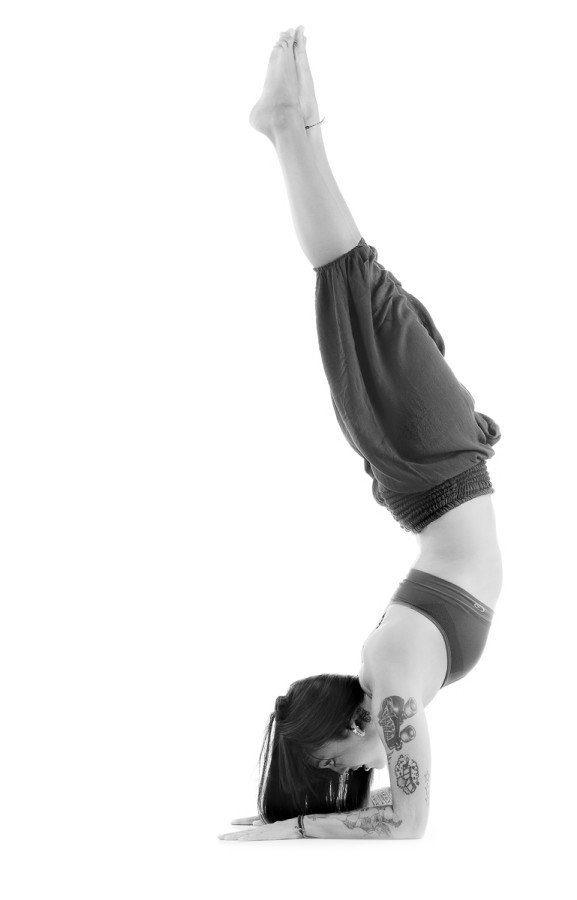 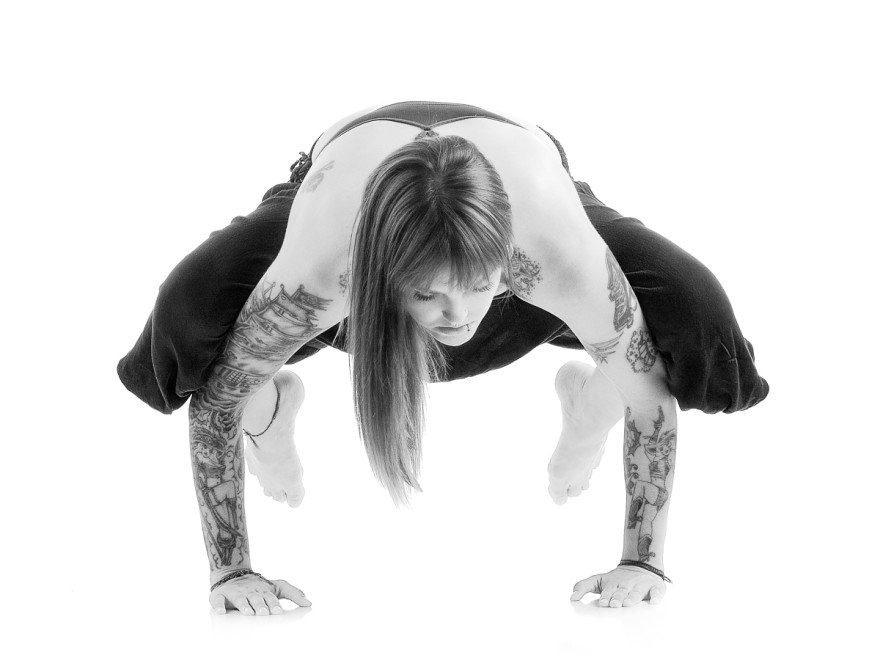