You are here: Home / Blog / Shooting on White

I just created a new gallery on my web site titled “On White”.  In it I will be placing some of my huge library of images I photograph on a white background.  This is one of my favorite styles.  It is clean and uncluttered and lets the viewer focus on the subject.  The challenging part is your subject has to be strong and interesting enough to carry the entire weight of the picture, since there is no support background to provide interest.

It took me several years of experimentation to learn to shoot with interesting light on my subject while at the same time getting a clean, pure white background.  It is easy to toss up a couple of white umbrellas, put your subject against a white background and fire way, but you won’t get these kind of pictures – not even close.  Instead you get flat, even, and what I consider boring lighting plus some shadows on the background that you have to often photoshop out.

After several years of trial and error and studying, I learned to isolate and light my subject on a totally different plane than my background.  This requires a really big studio since you need to position your subject about 10′ in front of the white background.  You flag off the background lights from the subject so they don’t contaminate your image, then use light modifiers to create interesting light on your subject.

I like to use a lot of hard light sources for my subjects – grids, snoots and small light sources.  I then use big soft boxes to fill in the shadows and make them not quite so hard.  So the hard lights are the keys, and the soft lights are just fill.  I can dial up and down the soft lights as I wish to create the kind of contrast I want in the image.  I will often have 8-10 lights working on the set – hard lights to define shape and soft lights to control contrast and provide fill.  I have also learned to work the edge of the light rather than the center.  This allows me to feather just the right amount of light I want to create the shape and shadows.  I vary the distances of my hard lights from the subject to control the light transition from highlights to shadows.  The closer the light to the subject, the quicker the falloff and the more contrasty the light.  The further form the subject, just the opposite – the light falls off more gradually and with less contrast.

In the photo below of Emily, I wanted the light to be a mix of both soft and hard lighting.  Normally you light females much softer than males, but in this case Emily had the features and body that could easily handle the harder lighting.  I used a beauty dish high to camera right as the key light, to define her features.  I then used a strip softbox in very close from behind and camera left to define her back, and a bit bigger gridded strip softbox camera right front for fill.  The distance of the light from the subject is critical and is what defines the falloff on Emily’s cheeks and her facial features and her collarbone. 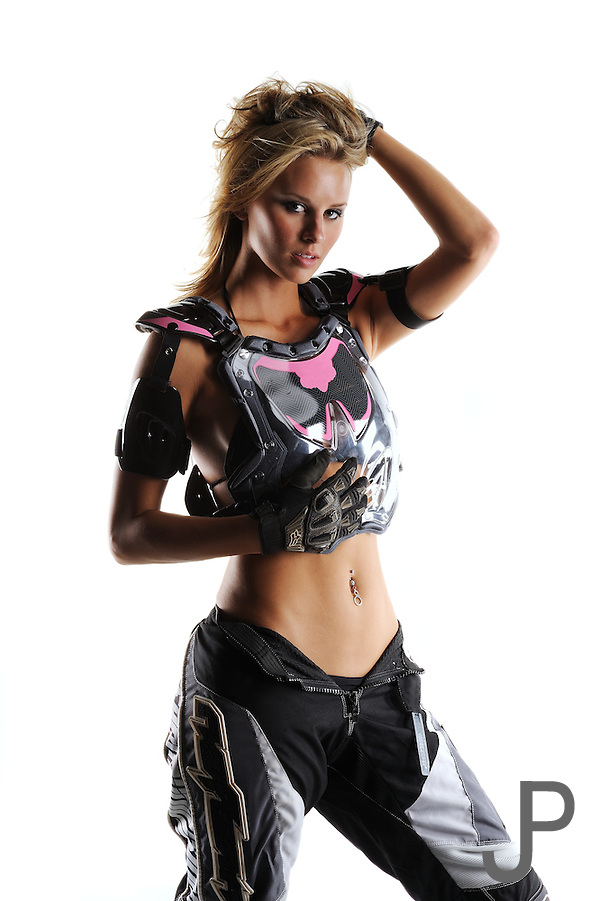 In this photo of Cody, I wanted to define his muscular structure so knew I needed to skim hard light down his face and front to highlight his well defined abs and pecs. I had to be careful and not blow out his forehead.  So I feathered a beauty dish right down the front of his body.  Placement was critical – just an inch or two one way or the other totally changes the look.  This front skimming light is what defines his pecs and abs.  Of course this made his eyes dark, so another light was used to fill in his face a bit. Like with Emily I used a gridded strip box behind him to camera left to give some shape to his body.  I did not want a straight on frontal strip light like Emily since that would reduce the shape of his pecs and abdomens, so I swung a gridded vertical softbox around behind him to camera right to give some definition to that side of his body, without contaminating the shape on the front of his body.  Notice the striated ribs.  If you use a front light you lose this definition for him.  I then used a large soft fill right behind the camera to knock down a bit of contrast, but not much, just enough for proper exposure.  Again these lights were in tight so the falloff was more dramatic. 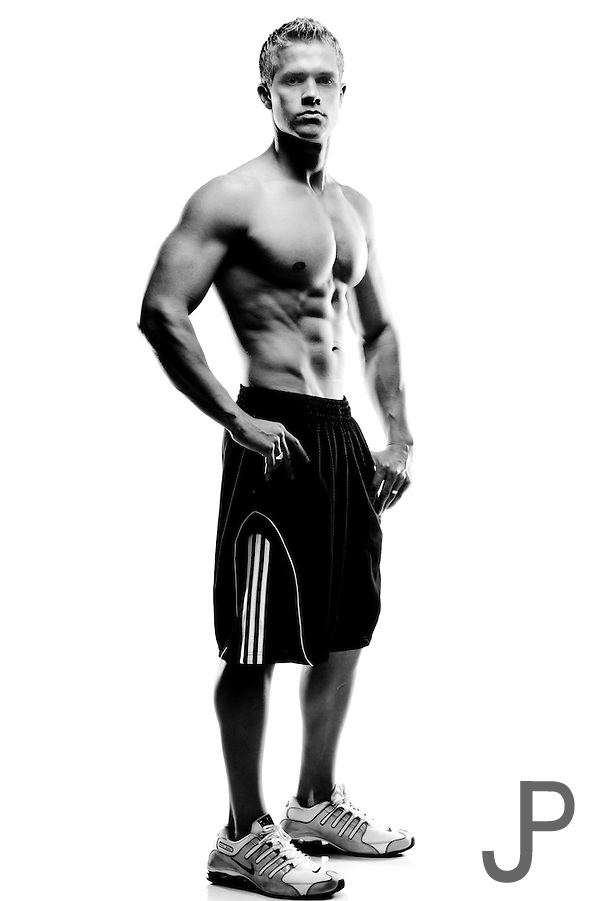 The photo below, while somewhat the same on composition, was lit totally different than the two above.  Here I wanted a softer light with softer features.  I used a large parabolic umbrella right over the top.  This light has different features than most umbrellas in that the light is very focused with a quick falloff from the center of the light beam to the penumbra and into the shadows.  But positioned high overhead, the vertical falloff was much more gradual. Notice the falloff from her face, down her body and then the rapid falloff at her feet.  This light characteristic comes from the parabolic silver umbrella.

I used gridded softboxes to camera right and left behind the model to provide some separation, but at much lower power than the above photos.  One giant 8′ softbox behind the camera then controlled the contrast of the image.  It was dialed up a bit more than the pictures above since I wanted a bit less contrast in the image. 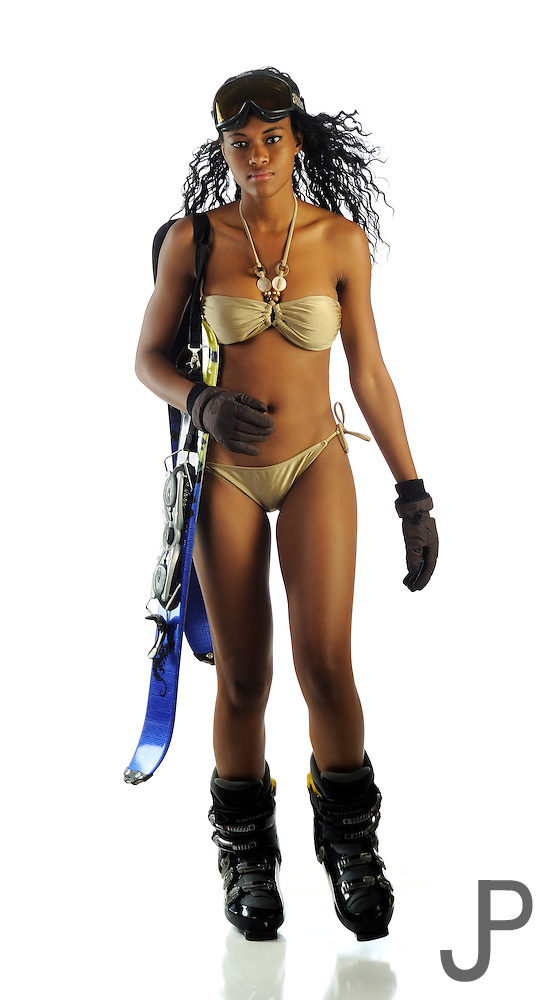 So there you have it.  Three similar images, three totally different lighting schemes to create visually interesting images that helped define the subject.  Lighting is so much more than tossing up a couple of umbrellas and shooting away.  Learning the characteristics of each light modifier, how the light is shaped and how the light falls off allows you to better sculpt your subject to fit your vision.