In 2014 I was assigned to do a portrait of Choctaw Indian stickball players in Durant, Oklahoma. When I got there for the portrait I found out the field they usually play on had been plowed that previous week, getting it ready for the upcoming stickball season. Hence we were limited on where we could take action pictures of the stickball players. I ended up with three players and shot some action photos of them. If you are not familiar with stickball, it is a really old native american sport dating back to well before Columbus “discovered” North America. It basically consisted of two “teams” – usually rival tribes – and the goal was to get a ball to throw a ball with sticks and make it hit the opponent’s goal, which was usually a pole or tree. The playing field could be a hundred feet long or two miles long, and there could be anywhere from five to five hundred players on a team. Not a lot of rules in stickball other than you can’t touch the ball with your hands – you gotta use sticks – and you have to hit the goal with the ball to score a point. Today there are a few more rules – no eye gouging, knives, a few things like that, but the game has pretty much stayed the same for hundreds of years. Stickball has seen a resurgence in popularity among Native American tribes, with games being held all over the southern United States, especially in Oklahoma.

Here are a couple of quick photos from my editorial photo assignment. I wasn’t able to photograph an actual game but this represents how the game is played. 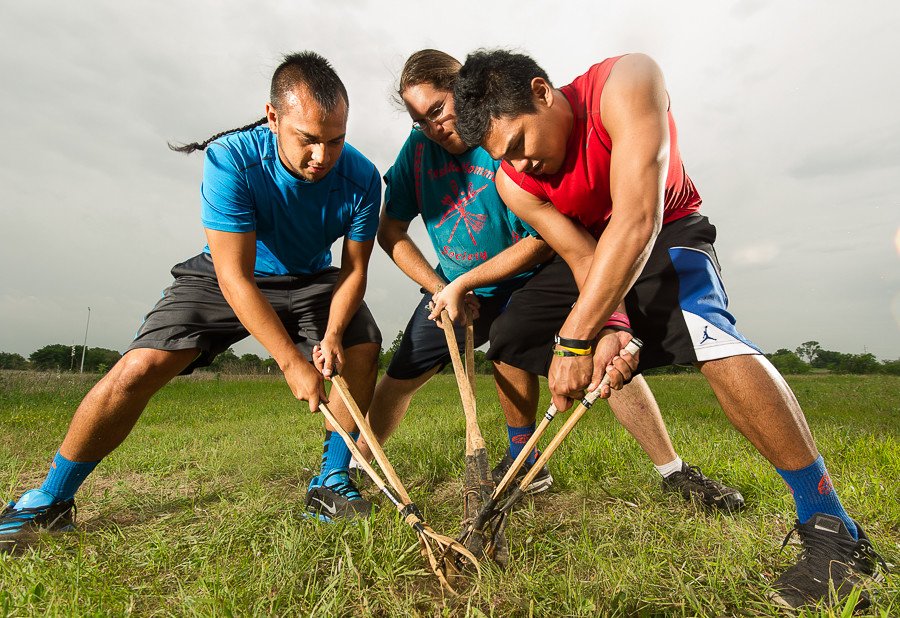 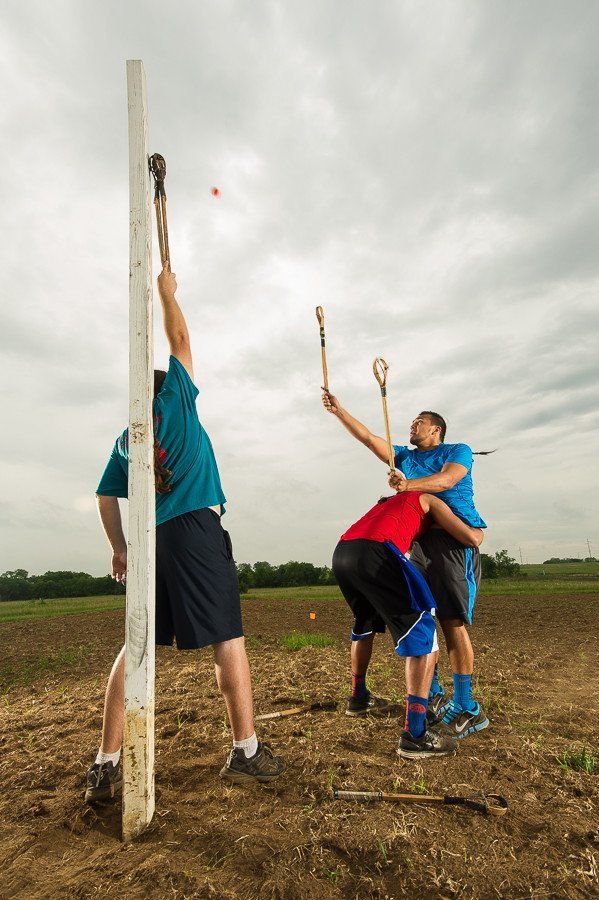 The actual photo that ran in the magazine. 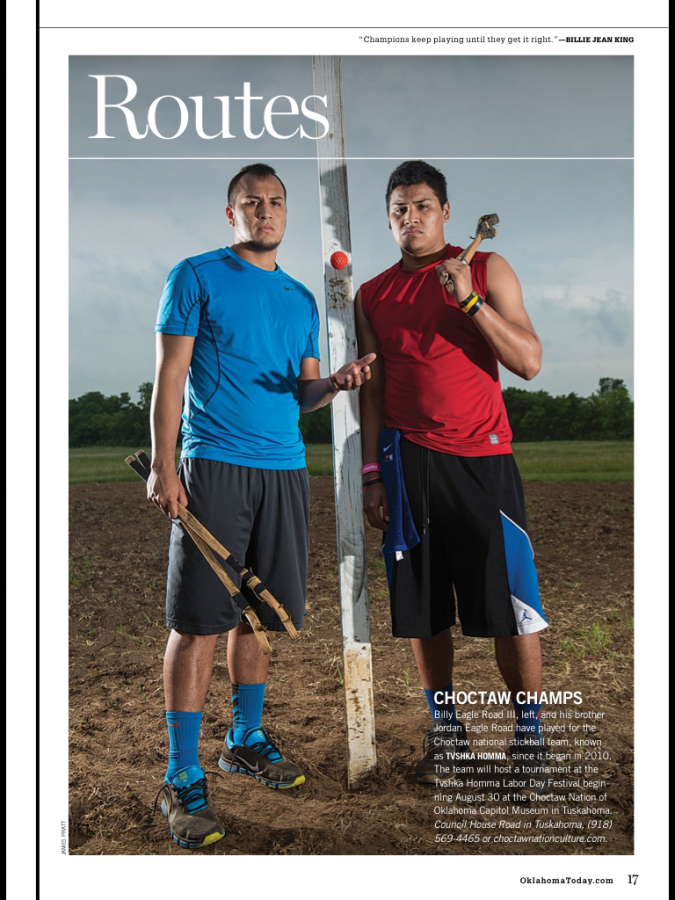 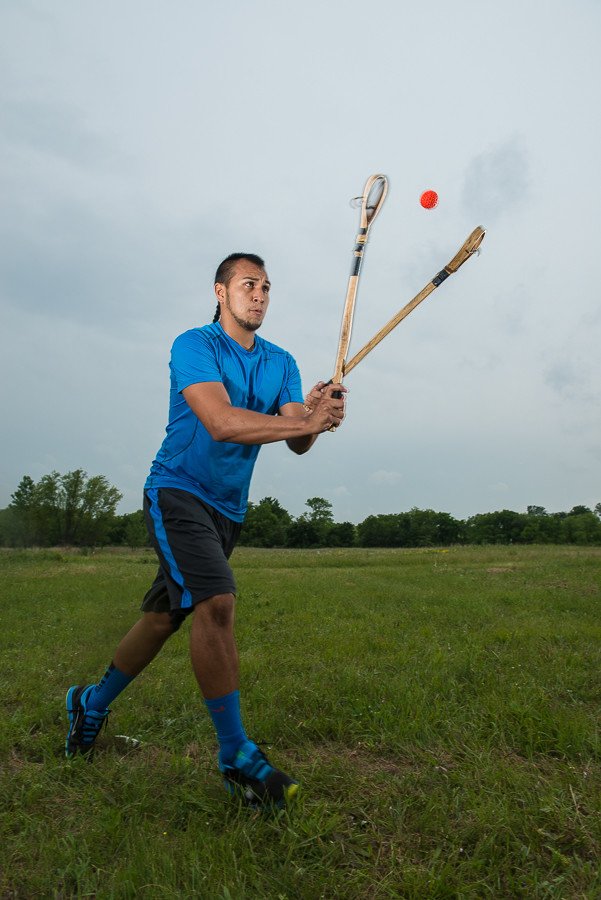 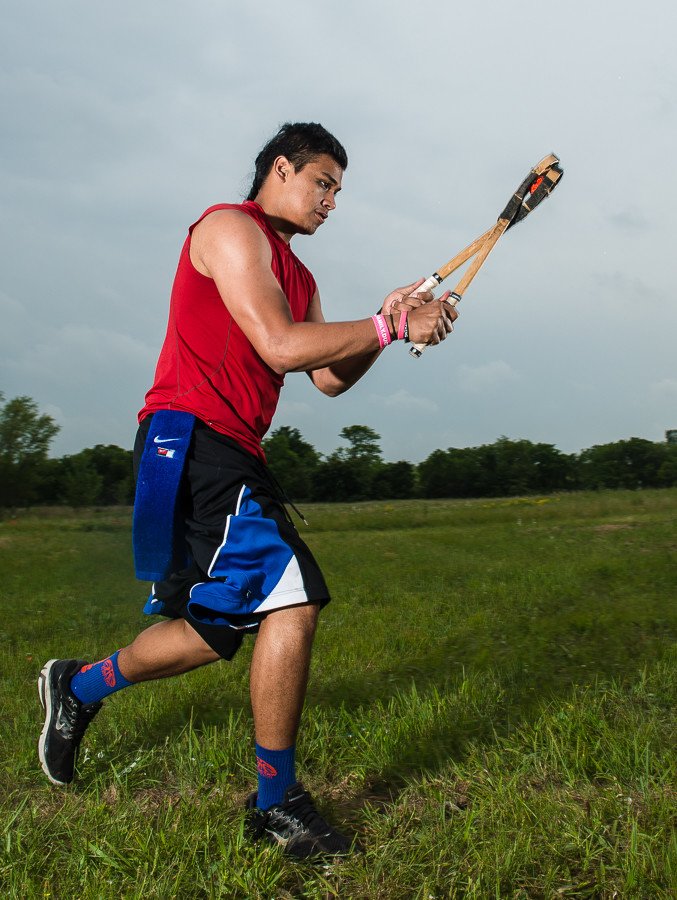 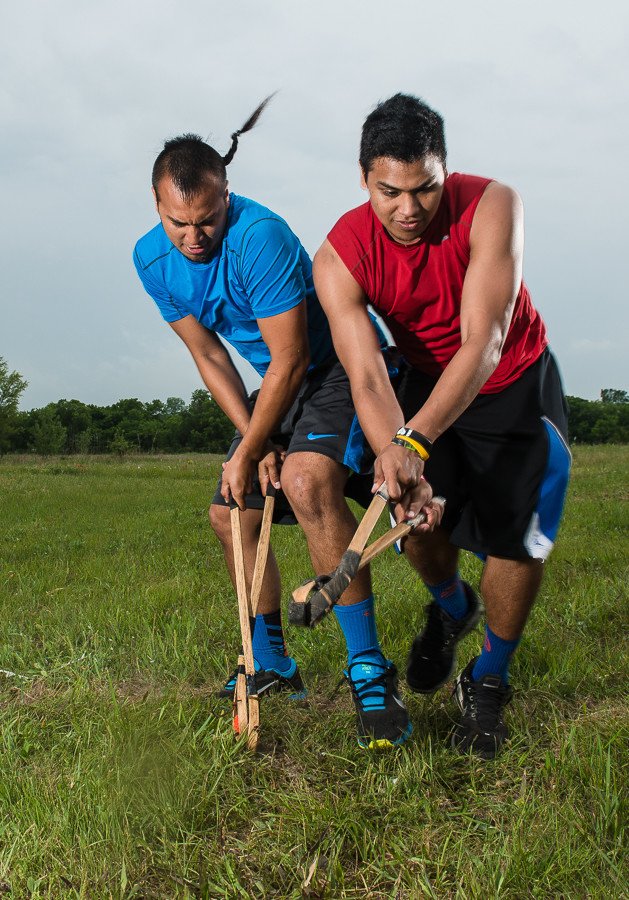 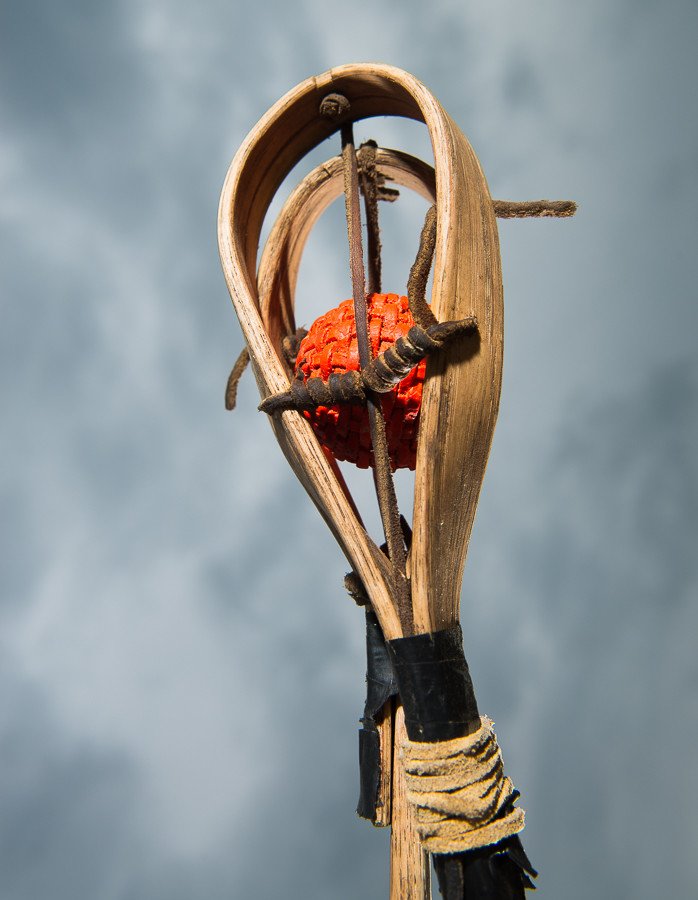