You are here: Home / Assignments / Oklahoma Living Magazine May 2017 Cover – Guardians of the Grid

I love photographing electrical lineman. They are hardy outdoors types who work hard and a tough, demanding and potentially dangerous job. These guys and gals are calm as cucumbers when dealing with tens of thousands of volts, driving rainstorms, sleet, ice and snow. But put them in a room with photographic strobes, a white background, and some guy – namely me – pointing a huge camera lens at them, and all of a sudden they are what you might call “out of their comfort zone”.

I had just that opportunity to photograph the linemen at Central Electrical Cooperative in Okmulgee, Oklahoma for the May cover of Oklahoma Living. We started the morning outdoors on their “training poles” – something the guys were quite comfortable with. Later I brought them inside to shoot studio-style photos on a white background – something they were not comfortable with at all. Add in a group of seasoned lineman watching over our photoshoot like spectators at a prize fight, and the laughter, jokes and fun begins. The word “ribbing” comes to mind – with a capital R. There was plenty of that going on as I worked to photograph these guys in their safety equipment. It was all in great fun and one of the things I really enjoy about working with lineman – nobody takes themselves to seriously. They take safety VERY seriously, but if you have a big ego, hanging with a group of experienced lineman will keep your ego in check. 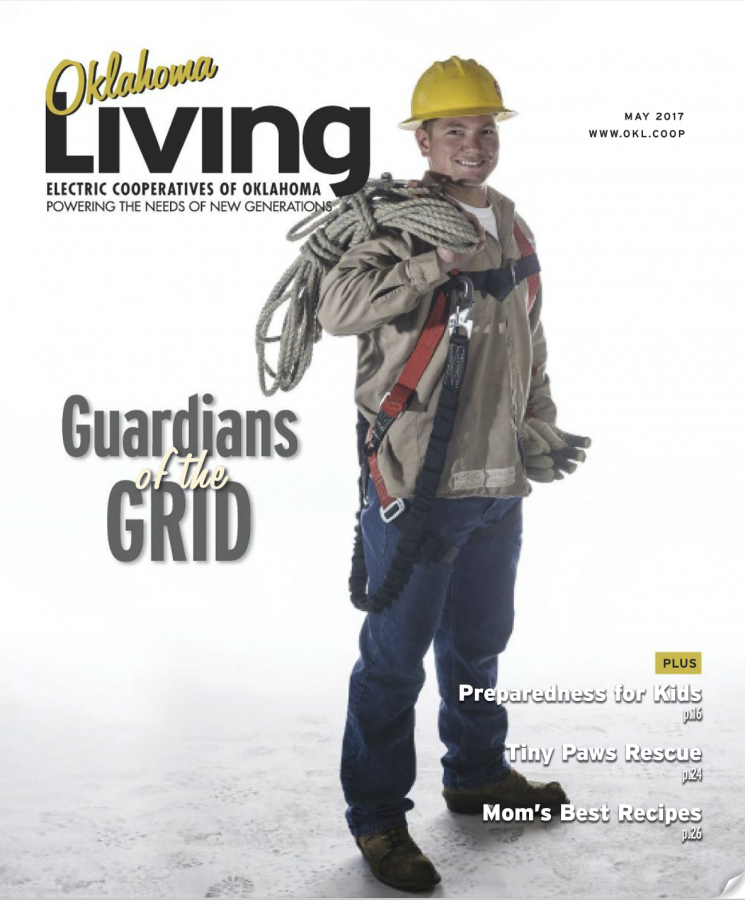 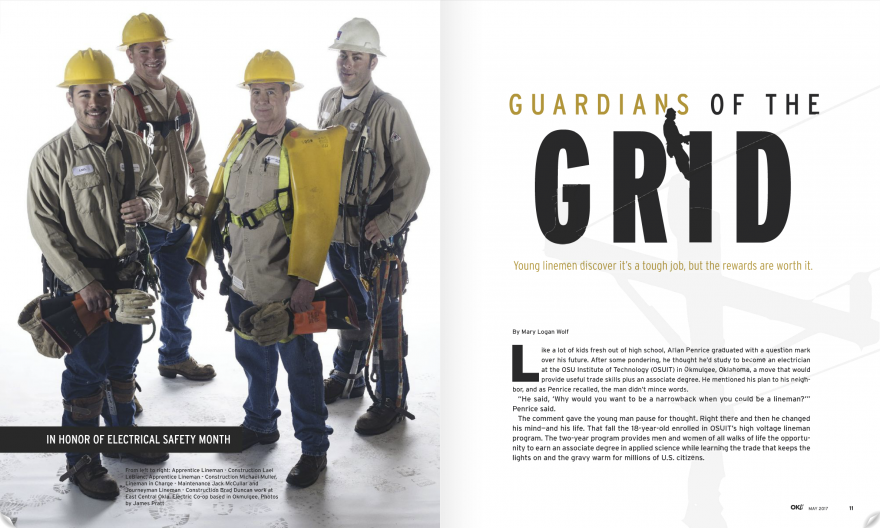